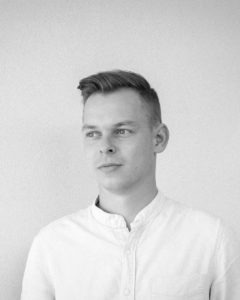 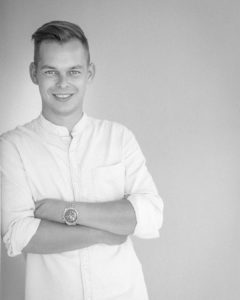 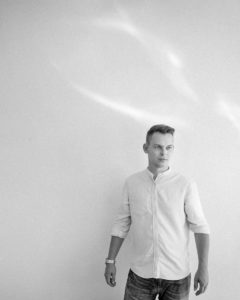 Marcel had the fortune of discovering his passion for arts at a young age. Imagination has always been an incredible driving force in his life, and as a child, the most natural and easiest way to express himself was through painting. He spent a big part of his childhood drawing and was inspired to create more and more every day. Marcel can still remember his first painting, it was for his mother’s birthday, and he couldn’t believe how amazing and entertaining it felt.

2007 Passion ignited at a young age

Marcel started studying at Lyceum Alpinum Zuoz, an international boarding school in Switzerland. During his time there he studied different areas of interest such as Arts, Architecture, Design and Media. The whole process of learning enriched his perspective and assembled a range of alternative skills which helped him in the development of his representative talent.

Marcel’s love for media production began after his first high school media class. He was overwhelmed and captivated by this new world he discovered through film and perceived a new opportunity. This event was a strong push for him and Marcel’s great passion for filmmaking and graphic design started.

Marcel started dedicating his time towards perfecting his skills in media production, web design and graphic design and learning as much as possible about the art of film. His determination, commitment and personal qualities shaped the person he is today.

The experiences and moments he had to develop the wide range of skills made him sharp and smart, but with a camera in his hands Marcel found himself.  He considers the world of media can change and influence the life of people from all around the globe. In his opinion, with the new technological convergence, media has achieved considerable power.

Marcel considered is time to practice his skills and started working in an established advertising agency based in Munich, where he trained as a graphic designer. Because of his rapid mastery of the required skills, he was soon involved in website design, video editing and social media marketing for high-end customers like L’oreal Paris, Maybelline, Mini, Kraft Foods, Siemens, Telefonica Germany and several more.

During his time there, Marcel learned a wide board of skills starting with the process of creating in an advertising agency, briefing, layout creation, photo editing, drawing, pre-production, screen design, 3D modeling and rendering and video production.

Because of his leadership skills, persistence and dedication, Marcel went to the Berlinale, a German Film Festival, where he had the illustrious assignment to produce videos for L’oreal.

2011 The London experience of education and diploma

Even though Marcel was busy following his passion, at the same time he never lost sight of his determination to complete his education at the highest level. He strongly believed that this class of profession is all about continued growth and creativity, so in 2011 he started studying Media and Business at DLD College London where he received his A-Levels diploma.

2013 Life at University and a new Start-Up

His next stop was the University Of Winchester, where he studied Business Management and Media Production. Marcel was involved in several projects during his time in university and always made the best out of every challenge he encountered. But because he wasn’t learning as fast as he wished and he already acquired the basics, Marcel pushed himself to try something new, unique and different in his work and decided to carve his own path.

He strongly believed that experience is the best teacher and decided to apprentice the necessary skills in an autodidactic way. He looked at every new project and challenge with determination and as a result in 2014, with the risks in his mind, he founded Sky Motion Pictures. Once he started learning so profoundly and discovered creative freedom, his passion for Media Production developed over and above.

2014 IT World and Networking

Because of Romania’s fast growing information technology market, with his new company and big dreams Marcel took the decision to pursue his passions there and also focus his attention on Web Design and Social Media Marketing for the next two years.

Next to his media production company, Sky Motion Pictures, Marcel also focused on the best practices and innovation in web design and front-end development. He was creating, designing and building material which didn’t previously exist. Marcel finds it fascinating how the internet is changing our world and he was blessed with an innovative experience in Social Media Marketing, skills he used to help his clients improve their customer’s engagement.

Marcel worked with several important clients in different industries such as Restaurants, Clubs and Hotels. He helped his customers to improve their marketing, create new web designs and have amazing videos. He merged all his creative skills in unique and performant results.

To this day Marcel continues to shoot projects and develop his voice and style along the way in his studio situated in Germany. He refined his skills and is creating media content for a number of commercial clients, along the way with web-design and social media marketing. Marcel is capable of running a project from start to finish, from pre-production to post-production, design and marketing. As important as his skills, he has the value of hard work and the importance of dedication.

Marcel has a relentless drive to work on new projects, with motivated people and to pour as much energy and determination he can into every challenge that comes his way. He strongly hopes that his work will inspire people to explore all the beauties and wonders of the world.